The Legend of St Anthony’s Bread

St Anthony’s Bread traditionally refers to loaves of bread blessed and shared in honour of St Anthony, and to alms given to the poor in thanksgiving for blessings received through the prayers of St Anthony.

One legend dates back to the year 1263, when a child drowned near the Paduan Basilica of St Anthony during its construction. The child’s mother prayed to the saint to bring her boy back to life. In return, she promised to give to the poor an amount of corn equal to the child’s weight. When the child was miraculously revived, the mother made good on her promise.

Centuries later, in 1888, a woman named Louise Bouffier, who managed a small bakery in the seaside village of Toulon, France, found she could not open the door with her key. Neither could a locksmith, who told her that he would have to break the door open. While he went to get his tools, Louise prayed to St Anthony that she would give some of her bakery’s bread to the poor if the door could be opened without force. When the locksmith returned, he tried the lock again and was easily able to let Louise in. True to her word, Louise made sure that the poor of Toulon received their due.

Before long, Louise’s friends began to follow her example of promising a gift of bread or alms to the poor in return for prayers answered by the intercession of St Anthony. In the 1890s, they formalised this practice by founding a charity called “St Anthony’s Bread”.

In the spirit of this charity, some parishes bless and distribute small loaves of bread on 13 June, his feast day.

If you are making bread for the poor, or to share with family and friends, here is a prayer you can use from the Franciscan liturgical books.

Being Catholic In A Singapore That Is At Crossroads 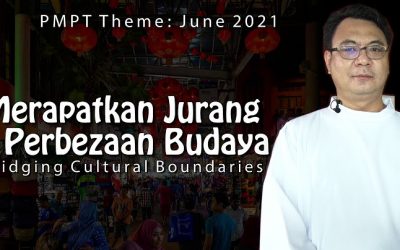