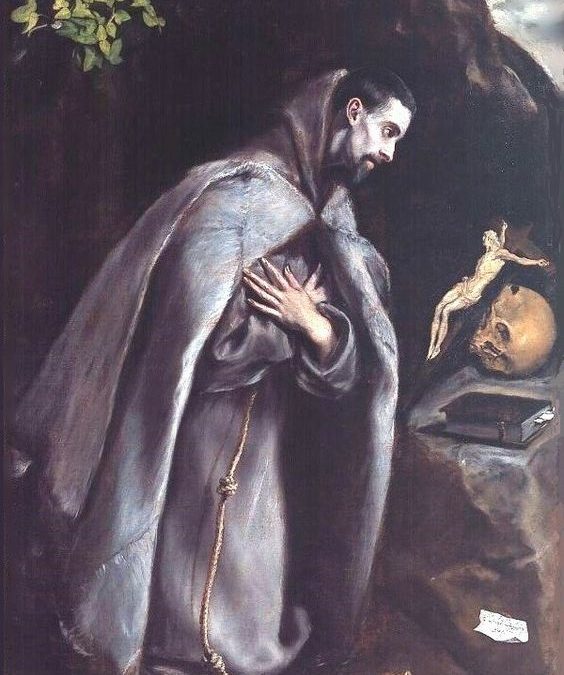 What caught your eye when you first saw the title of this article? Did you spot the word “appointment” first or did you see the word “disappointment” in its entirety? Disappointment may be an apt way to describe 2020 – a year that has been unpredictable, tumultuous and even precarious for some. Speaking to some people, many have voiced their disappointments at having their plans disrupted, derailed or even destroyed. Some worked hard for these plans and had looked forward to their fruition, but alas, the plans were nipped in the bud.

For myself as well, there were so many surprises and even emergencies that I had to deal with, especially with regard to cancellations, restrictions and quarantines. Though confined to one place because of strict restrictions, were our hearts anchored in peace? Or were our hearts restless and constantly troubled? A restless heart is hard to tame, as it has an energy of its own in search of things which elude it. We seem propelled by sheer circumstances, unable to chart any direction for ourselves, much less to enjoy the ensuing journey!

St Francis of Assisi, our brother and companion on this journey called Life, had his own restlessness to tame, be it at the beginning of his life as a youth dreaming of knighthood, or as a middle-aged man dreaming of martyrdom. Through it all, Francis was inspired to follow in the footprints of our Lord Jesus Christ, to be authentic in listening to God’s will for him and to be courageous in carrying it out.

This inspiration, however, was not always shared by all the friars, who thought that Francis’ ideals were too difficult to live out. And thus began Francis’ interior struggle and pain of being rejected by his own brothers and how he experienced increasing disappointment in the way that the very Order he founded was not sharing his original aspirations.

This pain within his heart led him to seek out places of isolation and prayer even more, and one of the most significant places was Mt Alvernia where in 1224, two years before his death, he received a vision of the Crucified One as a Seraph and after which, the marks of Christ’s crucifixion appeared on his body, the Stigmata. Indeed, Francis now experienced an external pain caused by these wounds of the Stigmata, but interiorly there was a consolation in conforming himself in this mysterious way to the Cross of Christ. The pain and suffering of the Cross, accompanied by the joy and love which made Christ embrace it were in fact, the two graces Francis prayed for as he began this 40-day retreat on Mt Alvernia.

After this episode on Mt Alvernia, with his body freshly marked by the Stigmata, Francis continued to battle his interior and exterior pain. Later that same year, as he recuperated at San Damiano (the church which was restored by his very own hands) Francis was moved with self-pity as he was being plagued by rats running all over him one evening. As he fretted, a voice told him: “Then brother, be glad and rejoice in your illnesses and troubles, because as of now, you are as secure as if you were already in my kingdom”.

The voice of the Lord came at a time when Francis was focused on his own sufferings and pains. Nonetheless, it consoled him so much so that he was able to redirect his thoughts to God. As the sun rose, its ray penetrated the sensitive eyes of the nearly-blind Francis, causing him much discomfort and pain. However, the first words that came out of the Saint’s mouth was “Praised be You, my Lord, with all Your creatures, especially Sir Brother Sun” and thus the Canticle of Brother Sun was composed. A song from a heart totally freed by God.

Francis invited all creatures to praise God together with him, including those that gave him pain (like Brother Sun’s rays by day and Brother Fire’s light by night) : to direct our attention, focus and love to

God, and not to be self-focused, self-centred or self- promoting. This is the depth and power of Francis’ spirituality, that in the midst of personal pain, his soul was constantly directed to God in faith, hope and love. This can be seen when he added a new verse to the Canticle a few months later, urging the feuding Bishop and Mayor of Assisi to reconcile: “Praised be You, my Lord, through those who give pardon for Your love, and bear infirmity and tribulation. Blessed are those who endure in peace for by You, Most High, shall they be crowned.”

In this verse which captures the reality of human brokenness plagued by conflicts, sickness and trials, Francis urges us on: endure in peace and we will be crowned. Take up these crosses and carry them with the Lord, for in this way, we will have inner peace. If we die with Christ, we shall reign with Christ. We shall reign in the Kingdom of God; we shall be crowned in the Kingdom of Love.

From disappointment in the brotherhood, Francis was given the appointment by God to be the universal brother to all creatures, and to be the poor and humble friar who would always proclaim “Peace and All Good!”

Dear brothers and sisters in Christ,

A blessed and joyous Feast Day of St Anthony to you!

To celebrate the feast of our Custody’s patron, we invite you to join us for the online Feast Day Mass of St Anthony here.

In addition, we are delighted to launch our updated website which features many new and exciting content, including reflections, Custody news and a brand-new virtual shrine in honour of St Anthony. You are most welcome to submit your petitions to our beloved brother and saint!

By improving our online presence, we hope to minister to you in a relevant, effective and meaningful way. Do check us out here at www.franciscans.sg  We have also prepared a special tribute to St Anthony (below) where Friar Derrick shares his love and connection to St Anthony in a new video.

May the Lord grant you blessings, peace and joy always! Alleluia! 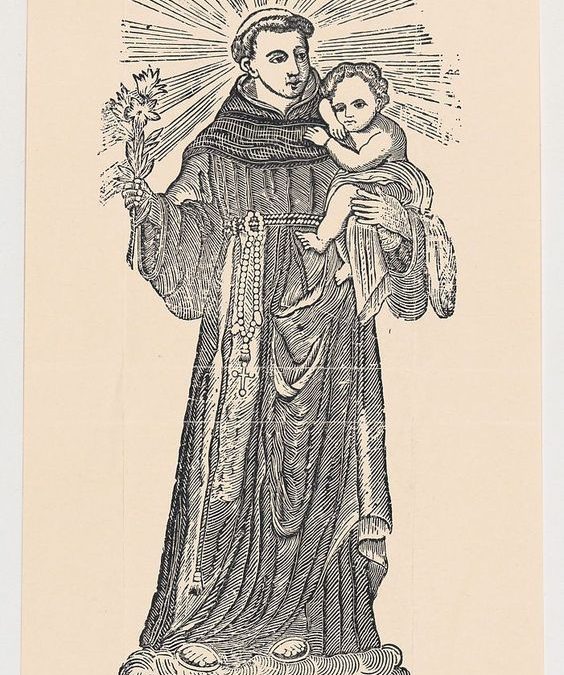 Anthony – Theologian After the Heart of Francis

St Anthony’s humility accompanied his popularity through the ages. Many of us pray to him when we lose things and we may even call him “Doctor of the Church” and not know why. What many do not know is that Anthony had a licence to teach licentia docendi. St Francis, realising that there was a need for his friars to study theology to be effective preachers of the Word and to maintain orthodoxy of faith against numerous heresies, personally wrote him a letter stating that “it pleases” him that Anthony should teach theology, but that he should never “extinguish the spirit of prayer and devotion” (EpAnt). Thus St Anthony became the first teacher of theology in the Franciscan Order.

And teach and preach he did. In a way that led people not to himself, but to Christ. That is humility in action. What grounds his theology is the “poverty and humility of our Lord Jesus Christ”, which mirrors very closely the thoughts of St Francis. St Francis loved to speak of “poverty” together with “humility” in reference to our Lord Jesus Christ, especially in his incarnation and passion. If Jesus emptied himself to assume the form of man, and gave himself up to death on a cross (Phil 2:6), then we, as followers of Christ, are called to walk this journey of self-emptying and kenosis, so as to be filled with the grace of God in order to love and serve our brothers and sisters in creation.

In fact, St Anthony considered humility so important that he called it the source, root and font of all other virtues. “What a person is before God, that he is and no more” is his most succinct definition of humility.

We acknowledge ourselves as we are before God and God sees us as we are and loves us. That is the beauty of Franciscan spirituality, the beauty of simply be-ing. That we appreciate and love the beauty and dignity of our own selves and also of other beings, and thus live this love in fraternity – sharing, serving, sacrificing.

St Anthony also invites us to “the sweetness of contemplation”, to die to the world and live solely for God. It is this desire for God that urges us to a conversion of life in penance, living out our holiness of life in service of all, especially the poor. St Anthony was a man truly after the heart of St Francis, both in words and works, our Doctor of the Church, the one who helps us to find … our way back to God. 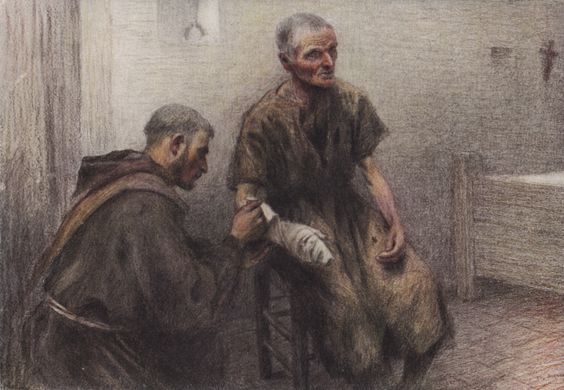 A New Way of Looking at the World

St Francis of Assisi is well known for his love of poverty, but he was not born into poverty. In fact, he was born into wealth and privilege, and once dreamt of glory on the battlefield. He thought these were the things that would bring him happiness.  It was not until he encountered the leper that he realized that true happiness is found in God alone.

St Francis exclaimed, “And the Lord himself led me among them [the lepers] and I showed mercy towards them. And withdrawing from them, that which once seemed bitter to me was changed into sweetness of soul and body.”

This was the key event for Francis, the one that led him to his conversion. Wanting to imitate Christ, he embraced radical poverty. For Francis, that meant not just renouncing material goods but also putting on the attitude of Christ, to strive to be perfect as the Heavenly Father is perfect, to serve
with humility and charity rather than be served, to be poor among the poor.

As the lepers helped him to overcome his revulsion, he began to show compassion to all, treating everyone as if they were Christ himself. Francis and the early brothers devoted themselves to the care of lepers, who were rejected by society, and to bringing God’s love, peace, joy and hope to those were desolate. The brothers began to look beyond themselves and began to seek to comfort those who were suffering physically and emotionally.

The more Francis immersed himself in serving others, putting his faith in action, the more he was drawn to empty himself, even to going the extra mile for the sake of others. He found his ability to love magnified every day, and this led him to strive to perpetually seek God’s will in his life.

Francis’ quest led him to the knowledge that our God is the “Most High Glorious God”, a God who is love, mercy and compassion. In steadfastly following the will of God in his life, Francis began to experience life to the full. He felt a strong sense of God in his daily life, and the awareness of
God’s presence within him gave him a new way of looking at the world.

He began to see God’s presence in others. “What was bitter was changed into sweetness” for him for he was able to discover the dignity and beauty of each person, whether they are rich or poor, healthy or sick, strong or weak, young or old. They were all God’s beloved children. He found that all
of creation manifested the beauty of God.

It was God’s gift to him. As Francis rightly put it “the Lord himself led me among them”. Francis knew that God’s gifts were to be shared with others. As he experienced life to the full, he wanted others to also have meaningful lives.  For he knew that it is in mutual sharing, in washing each other’s feet that God’s reign is manifested among us. 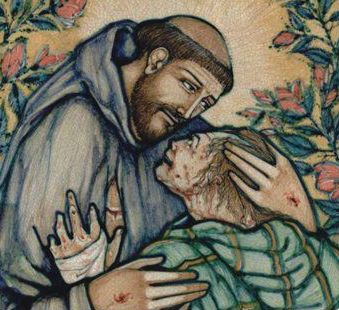